How to choose a name for your startup 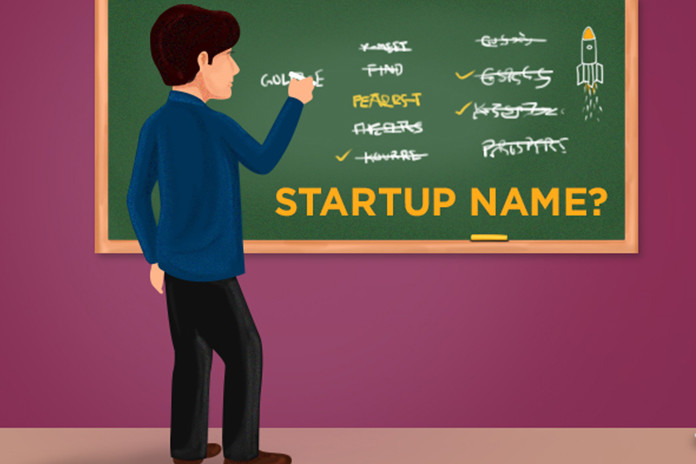 Once you have a startup idea the next critical thing is finalizing a name for it. Forget the old Shakespear’s saying, “what’s in a name that which we call a rose by any other name would smell as sweet.” Well! If you are a startup, your rose may smell less strong if it is not named properly. Those who understand the value of it are often stuck at finalizing the name for months because changing the name later is close to impossible due to millions of reasons. “We took almost two, three months to finalize the name, so we also have 2 3 domains” says Jatin Malwal, cofounder, Lendbox, a peer-to-peer lending company.

Why is the name so important?

First Impression: You cannot afford to have an odd name for your business because; it is the first impression of your startup on your prospective customer. You know how judgmental we are, the moment we hear about a thing our brains start making decisions and judgments based solely on our subconscious. If your first impression is negative, your startup will have to prove itself at every point of interaction and negate that negative image every time to come out with flying colors in the eyes of your customers. But that’s bloody hard than having a good name from the start itself.

The first impression would include the name but also the logo, the icon, the tagline and your domain i.e. the website. We all check out these things consciously or subconsciously before downloading the app or using their services. “We all are more into tech, so we took so much time to finalise the name and logo and the colour. We have two, three domains and fifteen/ twenty logos with various colours, but in the end, we just finalized what I created first.” Says Jatin, co-founder, Lendbox.

Secondly, if you think you can change the name later then let me tell you changing the name is like starting up all over again. It will hugely impact your SEO, all your previous links will break down; you will have to rebrand yourself and a hell lot more.

Now that we know that the first word that we are going to talk about our startup is its name we need to have a great one. Don’t settle for an OK name because a great name is 10 times better than an Ok name.

What it should not be

Don’t get personal: I would personally suggest not to name your company on your baby’s or father’s or your beloved wife’s name. That seems the height of unprofessionalism. Since you are serious about your business, which should be taken seriously by the customers as well, you should avoid using names.

Do not follow the herd: I have seen a common way of finalizing the name- get a good name and suffix some common words that are in trend like -ly, -kart, ify etc,. For example, if it is a grocery delivery company then it would necessarily have the word “grocery” like DilliGrocery, Easy2Grocery, GroceryWalk, MomGrocery, KovaiGrocery,GrocerZone, etc. The fact that there are hundreds other with a similar name matters less to these firms, but it becomes highly difficult for them to differentiate themselves. Against this, PepperTap followed a different approach and successfully delivers the meaning through its name- “We wanted the name to sound good, denote groceries (pepper), and denote mobile focus (tap on the phone). Of course, the domain should be available too,” said Navneet Singh.

Not confusing and easy to pronounce: If pronouncing your name gives a your users a little discomfort they may ditch you for your competitor. Same goes for lengthy and misspelled urls.

Avoid Hyphens- Moz has suggested not to use hyphen in your company name, if at all, limit it to one. Since most of the search engines especially Google doent seem to like it.

Check the meaning of the word in popular languages: Avoid epic failures and embarrassment

This extremely popular soda, which is bottled in Ghana, means “very good Cola,” but that’s not most tourists’ first impression.

Nokia’s new smartphone translates in Spanish slang to a prostitute, which is unfortunate, but at leas,t the cell phone giant is in good company. The name of international car manufacturer Peugeot translates in southern China to Biao zhi, which means the same thing.

What it should be:

Have a vowel in your name: Vowels’ sound comes from the lungs through the vocal chords and is not blocked so there is no friction. This makes the word that contains a vowel easy and pleasant to speak. Not only that our subconscious mind has an association with vowels, like babies though not taught a single letter, can easily speak all the vowels and even they cry in vowels. Big companies with vowels in their name Google, Facebook, Ola are the example.

What it could be more:

A verb: Just see if you can make your name a verb? Like Google it, Pin your interest with Pintrest, Explore Startups.

There are many approaches to finalizing the name:

You may want to communicate what you do

That’s good if the name is self-explanatory and conveys what you do. For example Freecharge, Carzonrent,PoolMyRide, Housing, etc., but this approach has an attached disadvantage when it comes to pivoting. Almost 90% of the startups pivot in their first year of operations, and a product specific name can become a challenge later.

Ridely co-founder Varun Verma says, “so as for ridely … we want to build a carpooling app that promote travelling together, so we decided to name it “TraTo” TRAvel TOgether (TRATO,) but, unfortunately, we did not find the domain in the extension we wanted like .in or .com or .co . As it is going to be a ride-sharing platform we searched for some domains available with “Ride” in them and finally we came up with RIDELY. The word in hinglish sounds like RIDE taken (राइड ली) and since using “-ly” in names is the trend these days, so we gave it a go .”

So, if you are testing the waters with your first startup and are very much open to changing business model as per the demand and response of your users try to have a broader name for your venture. eg., Flipkart started with selling books on their website, and now they have almost everything under the sun including their own range of products.

You may want a catchy name no matter it means nothing

For eg., Jabong “We were looking for a young, vibrant name and zeroed in on Jabong, which doesn’t mean anything! It is just catchy, but now people associate that name with us.”

Many companies do that, and then they try to give value to the name.

Google derived its name from the word “googol”, a term coined by Milton Sirotta, nephew of the American mathematician Edward Kasner. Kasner had asked his nephew to invent a name for a very large number – ten to the power of one hundred (the numeral one followed by 100 zeros), and Milton called it a googol. The term was later made popular and in Kasner’s book, Mathematics and the Imagination. Google’s use of the term [Google] reflects the company’s mission to organize the immense, seemingly infinite amount of information available on the web.

TinyOwl is one such example of an interesting name.“We did not have to work too hard in particular while looking for a name. We were influenced by Twitter and its logo and thus decided to go with a bird name. We stumbled upon the fact that Owls though considered imprudent are actually very wise, they can see 270 degrees and are very swift. Similarly, our app is fast and allows customers to search for the food they desire and with our offering of homemade food, it completes our Owl analogy.” Says HarshVardhan Mandad, co-founder, TinyOwl.

Check trademark: Avoid a name, which is too similar to your competitor so that there is no trademark infringement claim later.

Check the availability: Check availability of the name as company registration and also the official domain i.e. (company name).com